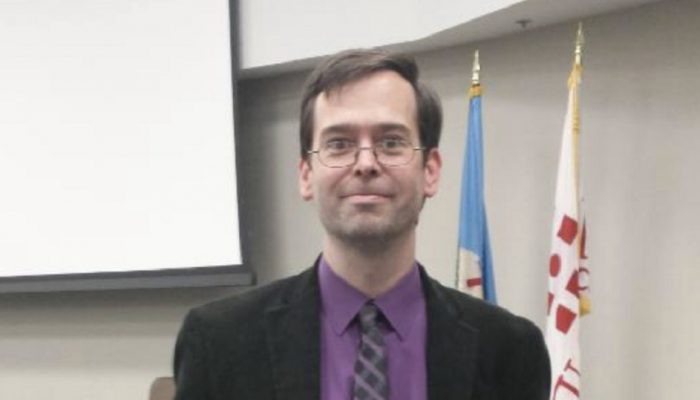 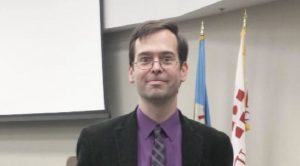 Temple Grandin, Gretta Thornburgh, Dan Aykroyd, and Anthony Hopkins are some of the successful individuals with Autism who managed to overcome the obstacles placed in their way by their disability. Many people with Autism are able to live happy, successful, and fulfilling lives with increased awareness and education of not only Autistic people but of neurotypicals. Most of the organizations are oriented around the needs of children with Autism and lack any Autistic voices in their leadership. According to recent CDC data, Autism affects one in 45 adults.

I come to you today as an autistic person, as the father of an autistic 15-year old girl, and as an autism self-advocate involved in the leadership of multiple autism organizations.

I’ll start off by saying that I had no idea I was autistic until I was 38 years old. I can remember my age at the time because it was just a couple of months before my 20th high school reunion. Before then, I didn’t even really understand what autism was.

Like many autistic parents, my diagnosis is the direct result of having a child get diagnosed and then going “Hey! Wait just a minute here! I thought doing those things was normal!”

Another common story among autistic adults is discovering you’re autistic, telling everyone you know about it, and having half of your friends and family telling you that they already knew, and they just assumed that you knew too. Rest assured, We. Did. Not. Know. We. Were. Autistic.

I didn’t get formally diagnosed until I was 40. At that point in time, I felt it was necessary to get a formal diagnosis to offer me some legal protection because I was working as a college professor at the time, and student evaluations were mentioning that I didn’t make eye contact, and the evaluations were specifically calling out the way that I stim.

You’ve never seen someone want a test result to be positive more than that of an adult waiting to find out if they are autistic or not. I was not immune to this in any way.

Autism Spectrum Disorder is often called an “invisible disability,” but that is simply not true. Autism is not invisible. Sure, the label may go unnoticed if no one says it out loud, but people see autism. Employers see “awkward” job applicants that they aren’t willing to hire over the non-awkward ones. Those employers that do hire them are seldom willing to promote staff that doesn’t possess adequate “people skills.” When coworkers do things outside of work, they usually invite the people they like to spend time with – and many times that doesn’t include the “weird” people. If autism is invisible then it is likely only invisible to the undiagnosed autistic person who assumed everyone else thought closer to the way they do.

So why does it matter whether autism is invisible or not? It matters because, regardless of having a diagnosis or not, autism drastically affects the lives of autistic people – even if the person doesn’t know they are autistic.

For the past few years, I have had the honor of helping lead a group for autistic adults. Our organization is designed to be a place where people on the spectrum can come together to speak about topics that uniquely affect adults on the spectrum. We are not a therapy group, but there is something therapeutic about being around others like yourself, and finding out that others have similar struggles in life to the ones that you do. It’s also nice to spend time in a social setting where masking isn’t a requirement. “Masking” is the term for when autistic people attempt to pretend to be “normal” enough to pass undetected in a society that wasn’t designed for them, and masking can be extremely emotionally and mentally exhausting.

During my time among these autistic adults, I have seen adults on the spectrum ask one question more than any other. That question is: Does anyone know where I can get a formal diagnosis at?

Where can adults get an affordable diagnosis at? Unfortunately, in far too many countries, the answer is that no one knows.

The CDC’s most recent estimate is that 1 in 45 adults is likely on the spectrum, and a large percentage of these are not diagnosed.

The cruel irony of life is that the people who would benefit the most from being evaluated and diagnosed oftentimes have the least access to getting evaluated.

Research has estimated that autistic people with a college degree have an unemployment rate of 85%. Around a third of autistic 18-year-olds will go to college, but only 15% of the actual graduates will find gainful employment at any one time. The reason I am focusing on the autistic people who have college degrees is to say this: People with college degrees are the least likely to have intellectual disabilities. They are the ones most likely to have cobbled together enough skills to navigate society and succeed. They are the ones likely to have the most effective masks, and even they are struggling to get by in our society.

Please understand that it’s not the autism diagnosis that makes finding and keeping gainful employment so difficult, but rather it is the traits of autism in the individual that makes it challenging to get past the hiring process, and to build the workplace relationships necessary to survive layoffs.

Without a steady paycheck, few adults on the spectrum have the resources necessary to be formally evaluated and procure an autism diagnosis. While a diagnosis is necessary for workplace protections such as through the Americans with Disabilities Act, the reason for increasing affordable access to evaluations and therapy is a matter of life and death.

I want to focus on autistic people without a learning disability. Why is the average life expectancy 16 years lower than normal? Part of it is the toll that a lifetime of anxiety has on the human body. More importantly, is the emotional turmoil brought on by a lifetime of attempting to fit into a society that doesn’t accept you or make accommodations for you.

Research shows that 66% of autistic adults are suicidal by nature. We know that the actual suicide rate of autistic people is three times that of the general population.

I have already addressed how life is difficult for adults on the spectrum. That leaves the question of what exactly can the government do to help “the least of these brothers and sisters of mine”?

Governments need to address “the cliff” and ensure that children receiving services don’t lose those services once they reach adulthood. The Cliff is the term used to describe how services are suddenly ended at the age of 18. Being 18 or older does not mean that the need for those services magically disappears. As Autism Spectrum Disorder is classified as a developmental disability, it makes little sense to base the cutoff for services on the age at which non-developmentally disabled teenagers are considered to be emotionally and mentally developed enough to survive on their own in our society.

The second thing governments can do is expand access to mental health services for low-income adults. Autistic adults are far more likely to be low-income than most other demographics, and access to mental health services is vital if we are going to diagnose and treat adults that are on the spectrum. If we are going to have any meaningful effect on addressing the suicide rate in the autistic community, we need better access to assessing and addressing autism in our state.

My final point is that we must do everything we can to improve interactions between law enforcement and the autistic community. Studies show that nearly half of the people killed by American police are disabled. Interactions with the police can be difficult when you inherently exhibit signs that police are trained to recognize as a sign of drug use. Policies such as expanding law enforcement training to include autism awareness and appropriate interactions will save lives. Allowing for the voluntary flagging of state IDs to notify law enforcement that the person they are interacting with is autistic will also aid in improving interactions with law enforcement. Lastly, training the legal system about autism will help prosecutors, defense attorneys, and judges understand the special circumstances involved in cases that involve autistic individuals.

Autism is more common than we think. There is a lot of work that needs to be done to overcome the stigma of mental health issues. By raising awareness about Autism, we can create more peaceful societies around the globe. 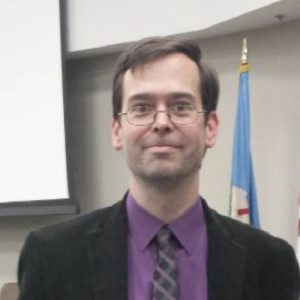 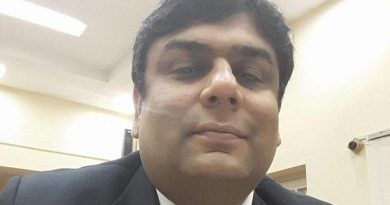 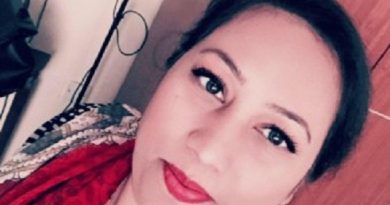