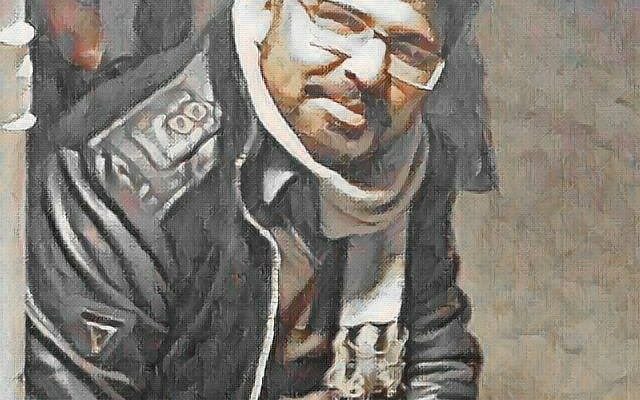 The light wind was continuously whispering from her room’s window. The whistles of breeze were mesmerizing and assisting her to a world of calmness and spiritual pleasure. Suddenly a random gust knocked the niche of the window compelling her to leave the couch and look at the scenery outdoor.

It was the sixth month now, that she quarantined herself. This was an absolute quarantine not merely from people but from everything which may let her connect to the outside world. She always felt guilty and puny and lost all the guts to face life outside her room. Yet she made an all-new space for her and put life in it, a life which she lost in a horrible pandemic by losing the loved ones.

Today, after six months she amassed some audacity to step out to watch the remaining of the pandemic. Far behind the shores, she saw the sun rising clearer giving the planet a brighter sunny day. She looked down at the road by the building, she lives in an apartment. The sanitary workers were sweeping on the road which looks cleaner than ever before.

Hay! Junaid. Pass on the ball to me. wohoo.. here. here. Her gaze followed the noise of a teen who was playing handball at the beach with some other fellows. Their hubbubs were truly filling the air with a sense of immense liveliness. This brought her a smile, a smile which she felt was lost and she was trying to catch it since she got the last token of a grave, the grave of her brother, who was last among two other family members who have been caught by the cruel pandemic. One could easily read all from her face that her heart still aching for not attending their funeral.

It was before the lockdown when she insisted on her father for a beach party. The day they were packing for the beach, the official announcement of precautionary measures for a pandemic was being televised. The news was coming for a few weeks that the pandemic has completely devastated life in all neighboring counties. Yet the whole family was keen to fulfill the wish of their princess. No one knew that in the coming days the same is hitting them hard.

The only concern of her family at that time was to please her. In the coming days, her pickiness was at its peak. Her graduation was on its last stage while govt announced the closure of all educational institutes to prepare and cope with the expected pandemic situation in the country. But, since after a long time she got holidays, so she was keen to enjoy it the most. But today she regretted all that happened. She regretted that why she survived when all her loved ones left her.

Goal..! yeahhhh! the chanting and clapping of boys playing on the beach catch her attention once again. She left the window and went on to her dressing table. She stood before the mirror gazing at her mirror image with a Mona Lisa smile. She bows down a little and opens the drawer, after shuffling a few things inside she took out the remote of the TV.

It was 8:00 hours in the morning; she rushed towards the TV, set her on the couch. Her hands were trembling while pushing the power button since for the last many months she didn’t use any gadget. She turned to a news channel it was breaking news.

“Good Morning viewers, welcome from the newsroom. Stay tuned with us.. in a few minutes the UN Secretary-General shall make an important announcement.. (UN Hymn.. UN Secretary-General Appears) “Greeting to the Humanity left on this planet. I know that every one of us has gone through a terrible experience of life and death. At this moment when I am talking to you, most of the people have lost their loved ones. It was tough, it was painful, it was horrible yet we survived. I am pleased to announce that the last patient of the pandemic has survived and discharge from the hospital in Karachi Pakistan whereas no new case anywhere in the world has been recorded for the last two months. Congratulation! That we defeated it, Congratulations! That the last chapter of the pandemic is over. No doubt that this is a victory we achieved with mutual efforts. Where the other things we learned from this pandemic, the most important is that we learned to live together as a human clan, with no other deity but humanity. This is the new world order based on traits of humanity i.e equality and dignity, love and respect, peace and prosperity, a world order where every one of us owes everyone. This is the beginning of a new chapter after the last chapter of the pandemic” (UN Hymn) Newscaster appears: what a speech.. UN Secretary-General.. Greetings to humanity left on the planet…Congratulation that we learned to live together as one human clan, there would be no other deity but humanity.. and this new world order.. this is the new chapter of after the last chapter of the pandemic”.

She switches off the TV and rushed towards the window. People started coming out of their apartments. A long queue of young boys was holding white flags on the way … the ambulance brought uncle Haani who win the fight against the pandemic and was just discharged from the hospital. Everyone was chanting Mubarak Ho, Mubarak Ho (Congratulations in Urdu). She runs downstairs to join the festivity. On the road, she saw two Armed Personal Carriers lined up behind the ambulance. The soldiers came out of carriers and paid salutation to the paramedical staff who brought uncle Haani home. She was a bit reluctant but also keen to see uncle Haani.

Uncle Haani looked at her and call her, Asiya my Daughter please come to me. I know you lost your father and I lost my daughter, we all are in the same boat Beta! Come so that together we may start a new chapter, after the end of the last chapter of the pandemic. 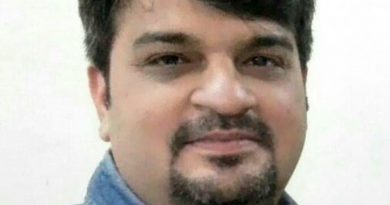 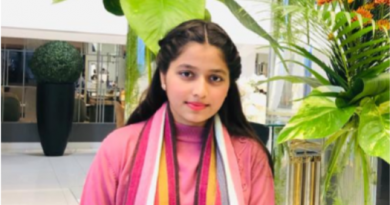