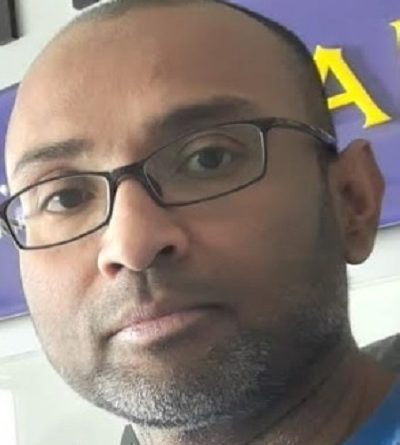 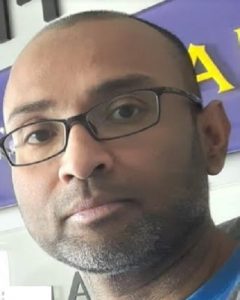 Back in the eighties, reading the walls of Karachi was as educational as reading books. More so, in fact, as the bombastic slogans and fantastic ultimatums helped us kids understand those ground realities that prepare you for practical life. For example, one of the earliest demands I remember is this wall chalking: quota system khatam karo.

I did not understand this. Grainy pictures of people standing in bread lines in the USSR came to mind. That, I used to think, was the quota system. But there were no lines at the neighborhood store where I was sent to buy bread. I would hand over a five rupee bill and get a large-sized loaf. If we had guests, I could get two or even three. The shopkeeper didn’t impose any quota on bread.

The meaning of the slogan sank in when a cousin was denied a job because he didn’t hail from an appropriate domicile.

The termination of the quota system was one of the demands of the nascent MQM.

The MQM ended up owning Karachi and its walls. This child of Karachi would read with awe such pearls of wisdom as “hamain manzil nahi rehnuma chahiye.” (we do not want a destination but a leader).

Isn’t that pointless, even a child’s brain would wonder, to want a leader who would lead you nowhere, an airborne plane with a pilot but no destination?

Wouldn’t it run out of fuel?

Of MQM’s countless slogans, this manzil but no rehnuma slogan was the only one that happened to come true, and even then only half of it. In its present state, the party has succeeded in conforming to the first half by reaching absolutely no manzil. As for the “rehnuma”, the less said the better. Now their plane has run out of fuel, echoing the plight of the similarly ill-fated PIA.

There were quite a few threats on the walls, too, one of which I remember clearly in the hysteria of an election that was boycotted: vote dou, maut lou.

So voting was a heinous crime punishable by death. It was the perfect slogan to turn young minds off democracy. Considering the decade and the rulers, this was useful education.

The walls also taught our young minds not to take rhetorically something that was meant literally. There was this famous threat that warned people against treason: “jo quaid ka ghaddar hai, wo maut ka haqdar hai” (death to the traitor of the leader). You might begin to wonder how the punishment of death could simultaneously fit both the minor crime of voting and the much bigger one of treason. But then some kid with a firearm would untangle the twists in this rhetoric with a shot to your head.

We were on a roller coaster of education.

There must have been idealists within some party ranks. One could find snippets of poetry on the walls sometimes in the form of couplets. I remember one dripping with Confucian wisdom on the walls of a school (education inside the classroom as well as outside): “Naqsh pathar be banao tou koi baat banay…Barf ki sil pe tarasha hoa chehra kabb takk.”

Wow, I would think, and in my idealist mind compare this to the eternal accomplishments of Ishtiaq Ahmed’s Inspector Jamshed and his kids.

A student union renowned to this day for ensuring morality on campus liked to adorn walls with an Allama Iqbal’s couplet roughly translated to:

My first year of college was the last year of the eighties and I saw practical applications of this bit of medical advice. If anything entered their definition of immorality (and that definition ranged far and wide), these upstanding citizens would produce all manner of weapons—batons, steel rods, wooden legs torn off benches— to help them grab, snatch, bash, smash; then turn, turn again, and repeat the process and keep their blood on a boil.

But the bits of poetry in politics were an aberration, and naked aggression the basic reality.

The other parties did their best to keep up with the slogans. The PPP walls with its famous “roti, kapra, aur makaan…maang raha hai Pakistan”. Even in the eighties it was a hoary, fossilized farce according to old-timers.

But the word “maang” (beg) grated on a youngster’s mind. My country did not beg. Right? Yes, because that’s what the glorious Pakistan Studies curriculum taught us.

But Mr. Bilawal will contest all his elections on the same slogan. So Pakistan will still be begging for bread, clothing, and housing. Come next election, when PPP puts up this slogan on the walls again, someone should add “anti-rabies vaccine” to “roti, kapra, aur makaan”.

Jamat-e-Islami were rather more subtle than other parties. However, only in hindsight would the nation realize that the wares they peddled were no less incendiary and hypocritical. They would invariably paint a pen and a book next to their slogans. And then sell violence.

Kashmir banay ga Pakistan! Fine, agreed, but then they would also attempt to recruit youngsters to go fight in Kashmir.

A local grocer’s pragmatism saved youth of my neighborhood from death in that valley. He had this slogan on his store’s wall: Kashmir ki azadi takk udhaar bandd hai. “No credit until Kashmir is liberated”. This was a combination of foresight and a rare bit of humor on a Karachi wall. We knew what a tightwad that grocer was, and was never going to give credit to someone. So logic led us to the conclusion that Kashmir was not going to be liberated at least in that grocer’s lifetime. Thus, my neighborhood’s youth ignored the Jamat’s recruitment for Kashmir.

But a lot of impressionable young souls were lost in the valleys of Afghanistan because of the Jamat’s promotion of the Afghan “jihad”, which “experts” now call an American war by proxy.

And not just aggrandizing, their wall scribblings encouraged enlisting in a private army to fight the Russian infidels. (With weaponry and training supplied by American infidels was what these scribblings very conveniently failed to mention.)

Funnily enough, at around the same time I remember a lot of walls with the Jamat’s favorite battle cry: Amrika murdabad with the picture of a boot trampling the stars and stripes.

Near the end of the decade something new was invented and sold to the nation. The marketers called it the IJI (Islami Jamhoori Ittehad). The walls of Karachi screamed: “nau sitaray, cycle nishaan…jeevay jeevay Pakistan”.

The “nine stars” should have been called the nine “superstars”. From being objects of public ridicule, overnight they were transformed into celebrities of politics. The masterstroke was the use of the chant “jeevay jeevay Pakistan” (Long Live Pakistan), with which you can sell anything. I believe copywriters thought up the slogan first and the name of the party was probably cooked up later.

If you think of the name today, it makes you laugh when it should’ve made us recoil in horror back then. As with a lot of other hoaxes, the nation realized too late that the alliance wasn’t Islami (merely a marketing tool, like “Amrika murdabad”); it was the farthest thing from Jamhoori—if anything, the J was a Joke, and the blacksmiths who forged the party must have had a good laugh about it; and the Ittehad (unity) only proved literally the phrase, “as thick as thieves”.

The hakeems of Karachi maintained healthy competition with the political parties for wall space. Sometimes the messages would become entwined and one would wonder if politics was as nasty a disease as hemorrhoids, or as emasculating as impotence.

Our ears would turn red while reading the walls on the road connecting Lasbela Bridge to Guru Mandar. We learned about a Qibla Big Hakeem Sahab from Dehli who could cure impotence. The impotent had to pay the Hakeem Sahab a visit “shadi se pehle, shadi ke baad” (before wedding, after wedding).

The IJI tried to fit its slogan on one such wall. After a rare Karachi rain the inks sort of got smeared. The messages, thus merged, became one, and read: visit the Qibla Big Hakeem Sahab of Pakistani Politics “election se pehle, election ke baad”.

Sadly, no one read the godsent prophecy in the message and the Qibla Big Hakeem Sahab of Pakistan is still going strong.

Finally, there was the now-defunct Punjabi-Pakhtoon Ittehad (the PPI). Clearly, they did not believe in subtlety: “P, P, I…dekho dekho, goli ayee”. A quick glance behind your back wouldn’t be amiss after reading that.

The crisis in our politics today was foretold on those walls of the eighties. Throughout the decade the boundary wall of our house remained dilapidated and unpainted. Having seen the fate of other freshly painted walls, my elders saw the folly in turning ours into free advertising space for lies and threats.

So yes, those walls also taught us to learn from the mistakes made by others. Sadly, few chose to remember or apply the lesson. 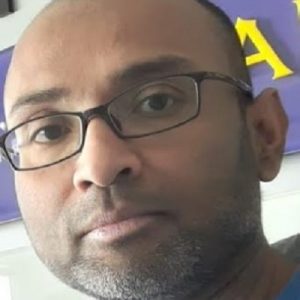 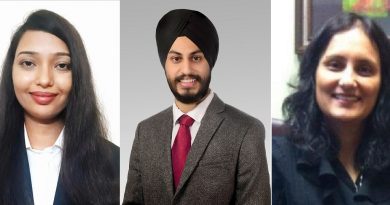