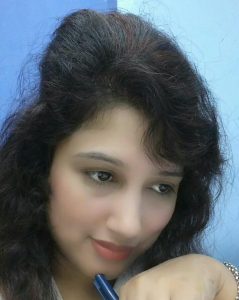 When we talk about organic whole there is always the proposition of totalisation and totalisation is possible through integration of subjectivity and objectivity. But the single person opinion is turned aside. It is seen that people keep on advising one another to face reality in general. But they muddle reality with truth. Truth is understood objective and reality is subjective and common people have a very 3rd degree of subjectivity which annoys others. What reality or truth is, it is debatable. Both follow each other. What if we say that feeling is reality but our reaction to that feeling is the result of the thought? Thought can be subjective. Similarly, revolutions are reality as they are brought by men beaten by emotions. Our loving truth is actually the sentimental quest.

According to scientists a chair is reality because it is material—a thing, a being. As Shakespeare has said, “To be or not to be, that’s the question.” So ‘to be’, ‘having been’ and even something ‘imagined to be’, all are reality. It is truth also. But the chair is made of wood taken from tree. It is outcome of thought. So, thought is questionable at the ground of truth.  The outset of thinking is doubt, confusion and delusions. It is never clear and spontaneous. Thought can be interpreted by another thought, mind is taken to the confusion either former one is true or the later one. Abstracts such as anger, love, hatred, fury etc. are not regarded as physically existed, are they not reality?

The thing behind the advice can be subjective perception, personal opinion and personal belief. But to reach truth, we are supposed to confess our exposure being not true. The advised get confused in investigating the element of knowing what reality is. Personal opinions are our reality not to reach the obvious truth. For example, Derida had religious style and he was regarded as irresponsible which is subjective reality.

Some philosophers are of the opinion that reality is the hidden world of the mind but skeptics say that reality exists in concrete disposition. It means what we see is the sole truth. To be human is to question. In ancient Greek, so many things were put questions about. Questions have been discouraged considered illusions for centuries. Where from do the illusions come?

What is real is considered true and what is true is opined real. Now what is real led by true? It needs knowledge and reasoning of knowing what is wrong and what is bad. To Hegel truth can happen everywhere even if there are yea-Sayers and nay-Sayers to it. So, reasoning is truth. In the same way, postmodernists think that truth is based on high-minded interpretation and reasoning about good and bad. It means there is not any truth because we don’t have potential to believe in a specific subsistence. Thus reason paradigm emerged by its serious and experienced practitioners through interpretation and hermeneutics.

Metaphysics is highly scientific having no emotions, thoughts and faith in unseen but it is branch of philosophy and scientists pay no heed to what philosophers say. Philosophers like Aristotle concerning about truth, used to think of the importance of insight to have wisdom. Descartes says that it is Mathematics that clears all the ambiguities and confusions. Poets defend poetry as it leads to the absolute truth. Keats and Taygore have concluded that beauty is truth. Common people claim what they say or what they see is truth. Sociologists and historians have tried to create equilibrium in historian components with realism. An artist sees truth in his creation.

The focus of science is to discover truth whereas literature’s aim is to give pleasure. Can pleasure be also truth? We appreciate Chaucer’s realism in his Canterbury’s Tales and welcome what is possible to happen whereas theatre of Absurd creates exaggeration to lessen the effect of reality on the audience. Darwin’s ‘Origin of Species’ which was sold in the very first day of publishing, is the quest for truth. Was Marx true in his theory of politics and economy? Or does history tell what has happened actually?  Buddha’s meditation is reality. Memoir is reality. Confessions are reality.

We think where truth is, either in radio, media, drama or in fictional cul-de-sac. It may be in politics, ethics, anthropology, archaeology, poetry based on tragedy and comedy, critique of critic or in the sounds like drums, flute, guitar or violin. But it is crucial to know that destiny of the states is based on certainties and uncertainties.

Now-a-days it is seen that the life of truth is shrinking. It is because of we don’t save it for so long. Truth remains when states, legacies, honest political policies and myths last long. As far as reality is concerned, we love it to our capacity of bearing it because we reach the path of realization so soon where reality hurts, reality infuriates and reality sickens us. Reality is so much risky.

Last but not the least, truth itself is in the endeavor to be true as everything is in the position to re-invent. Truth is moving. Truth is unmoved. Truth is in space and time. Truth is being elaborated by the totality of thoughts. But reality is joke and reality is garbage for those who are stubborn in their ideas and keep on opposing others. They may be individuals or groups in social political ground. What truth will make us is worth-pondering. 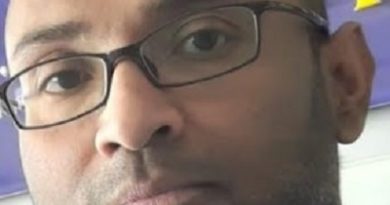 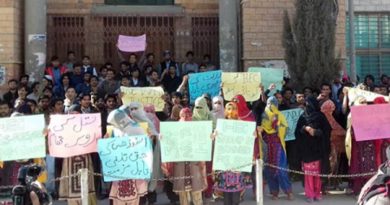