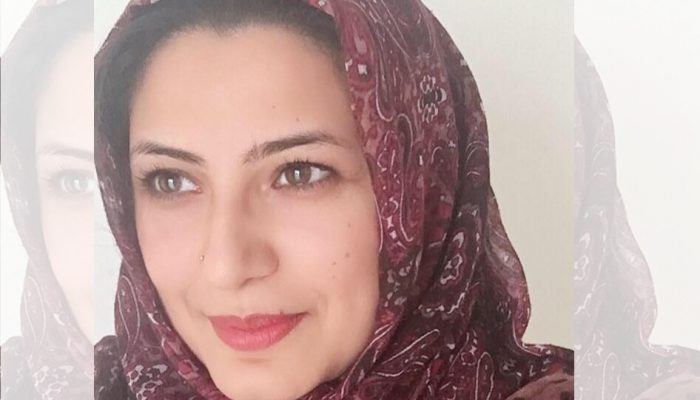 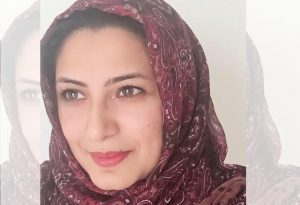 Over the past century, the Communist Party of China (CPC) has transformed the once shattered and impoverished country into the world’s second-largest economy. The CPC has led China to achieve miracles of rapid economic growth, end of Poverty, and long-term social stability, which has had profound global implications. The Party, which believes that China does not need the model of democracy found in the West, has established a democracy that suits the country itself. Although political parties vary in their political stances, goals, and visions, the performances of all parties can be measured by one universal yardstick, how effectively they have served the people. The CPC has made it clear to all that the greatest political achievement for itself is improving the well-being of the people.

Chin announced a landmark victory in building a moderately prosperous society in all respects, known as a “Xiaokang” society in Chinese, as the Communist Party of China (CPC) celebrates its centenary.

“We have realized the first centenary goal of building a moderately prosperous society in all respects,” Chinese President Xi Jinping said at a grand gathering on 1st July at Tian’anmen Square in Beijing. He summed up the four great successes achieved by the CPC in the past century.

The Party unites and leads the Chinese people in fighting bloody battles with unyielding determination, achieving great success in the new democratic revolution.

The Party unites and leads the Chinese people in endeavoring to build a stronger China with a spirit of self-reliance, achieving great success in the socialist revolution and construction.

The Party unites and leads the Chinese people in freeing the mind and forging ahead, achieving great success in reform, opening up, and socialist modernization.

The Party unites and leads the Chinese people in pursuing a great struggle, a great project, a great cause, and a great dream through a spirit of self-confidence, self-reliance, and innovation, achieving great success for socialism with Chinese characteristics in the new era.

The Communist Party of China (CPC) had over 95.1 million members and nearly 4.9 million primary-level organizations as of June 5, 2021. A breakdown of the Party’s membership showed that 27.45 million of the members are female, representing 28.8 percent of the total. There are 7.135 million members from minority ethnic groups, accounting for 7.5 percent of the total, and around 52 percent, roughly 49.51 million, of the membership has obtained a college degree or above. The data shows that 134,000 of the current members devoted themselves to the Party before October 1949, when the People’s Republic of China was founded. A total of 14.55 million became Party members between 1949 and 1978, before the opening of the third plenary session of the 11th CPC Central Committee, at which China introduced the policy of reform and opening-up. Of the current membership, 60.94 million joined the Party between 1978 and 2012, when China held its 18th National Congress of the CPC. And 19.51 million current members joined the Party after 2012. As of June 5, 2021, the number of applicants for CPC membership had reached 20 million. The root cause and source of the power of a political party that has seen its membership explode from 50-plus individuals to over 95 million lies in its faith and ability to serve the people.

In a world where the crisis of political representation is prompting a populist surge of disgruntlement across the Atlantic, the 100-year-old Communist Party of China (CPC) is upholding its time-honored philosophy of putting the people first, which is the key to both its success and its future. The CPC has not failed the people it represents. The world’s largest political party has developed a bond with the Chinese people, a relationship often described as being as inseparable as “fish and water” or “flesh and blood.”

Just like Antaeus, the giant in Greek mythology who drew his power from the earth, the CPC has been drawing its inexhaustible strength from the Chinese people. The Chinese people’s support for the CPC stems from its people-centered governing philosophy. The CPC has no missionary impulse to “conquer the world,” as some biased observers have claimed, nor the intention to export its ideology or development model. Its efforts are motivated solely by the betterment of people’s lives. The state is the people, and the people are the state. Standing on the people’s side represents the fundamental political stance of the CPC, and it is what distinguishes a Marxist political party from other political parties.

At its conception, the CPC established its original aspiration and mission, seeking happiness for the Chinese people and rejuvenation for the Chinese nation. A century on from its founding, the Party’s leadership is repeatedly asking all its members to remain true to this principle. In some Western countries, the ruling parties have been reduced to serving only a few, becoming political organizations “of the 1 percent, by the 1 percent, for the 1 percent.” In contrast, the CPC has remained committed to representing the fundamental will of the majority of the people. Under the leadership of the CPC, China seeks a people-centered modernization that is different from the Western model in which capital is the primary driver and dominant logic. This is best illustrated by China’s massive poverty-alleviation campaign and its handling of the COVID-19 pandemic, where such concepts and practices as “No one should be left behind” and “People first, life first” have been demonstrated. The Chinese people’s support for the CPC stems from its uncompromising self-sacrifice.

Born at a time when the Chinese economy, once the world’s largest, had been crippled by foreign invasions and domestic divisions, the fledgling CPC adopted its stance despite great hardship and danger. Chinese Communists are willing to sacrifice everything, including their lives, for the interests of the people. Nearly one-quarter of the 171 members and alternate members of the CPC central committees before the founding of New China gave up their lives for the Party’s cause, according to a report published by the New China Research think tank affiliated to Xinhua. Data showed that as many as 3.7 million CPC members sacrificed their lives from 1921 to 1949 in striving for the establishment of the people’s republic. Many others died anonymously. This spirit of sacrifice has been carried forth to the present day. Nearly 400 of the over 39 million CPC members and cadres who fought against COVID-19 on the front lines died in the process, according to official numbers.

In the early 20th century, revolutions, restorations, and warlords failed to change China’s fate because of the absence of participation by the Chinese people. Rising from the chaos, the CPC gained in popularity among the people as it led the country toward national independence and the end of the “Century of Humiliation”. Over the past decades, the CPC has made clear its commitment to its original aspiration and mission by championing the Chinese miracles of economic takeoff and long-term social stability, leading the world’s most populous country to stand up, grow rich and become strong. Fully aware that poverty is incompatible with socialism, the CPC led the Chinese people to initiate reform and opening up, which have changed the fate of the Chinese nation and had profound global implications

The CPC believes in pooling people’s wisdom and power. It is the people’s support that has helped the world’s largest Marxist ruling party to keep endeavoring and improving. The Chinese people’s support for the CPC stems from their experience of its good governance. Upholding a people-centered approach, the CPC has transformed China from a country where almost half of the population had to worry about where their next meal would come from into the world’s second-largest economy, where every life is equally treasured. From 1949 to 2019, China’s per capita disposable income grew at an average annual rate of 6.1 percent in real terms. Under the Party’s leadership, the country has lifted nearly 800 million people out of poverty over the past four decades. China is now the world’s second-largest economy, the largest recipient of foreign direct investment, and boasts one of the world’s largest consumer markets. Its GDP has exceeded the 100-trillion-yuan (about 15.47 trillion U.S. dollars) threshold.

In the 1930s, Edgar Snow visited Yan’an, the then center of the Chinese Communist revolution, where he found a “rock-like solidarity” among the people of the region led by the CPC. Decades ago, people volunteered to provide food to the revolutionary soldiers and even dismantled their wooden doors to make stretchers for the troops. Today, they actively respond to the call of the Party and the government to quarantine and vaccinate themselves to prevent the spread of COVID-19.

The CPC reviews its history and achievements not to revel in its success but to sum up its experience and give itself the power and courage to move forward and better serve the people. The Party knows that the biggest risk it faces lies in becoming disconnected and detached from the people. That’s why it spares no effort to maintain its close ties with the masses.

On 1st July 2021, Xi Jin Ping laid down principles that must be followed on the journey ahead. He said that the firm leadership of the Party must be upheld, calling it the foundation and lifeline of the Party and the country, and the crux upon which the interests and wellbeing of all Chinese people depend. And remain committed to combating corruption and root out “any viruses that would erode its health.”

He, in a very determined way, conveyed that any attempt to divide the Party from the Chinese people or to set the people against the Party is bound to fail. The more than 95 million Party members and the 1.4 billion Chinese people will never allow such a scenario to come to pass. The Party is eager to learn what lessons it can from the achievements of other cultures and welcomes helpful suggestions and constructive criticism. However, the Chinese nation will not accept sanctimonious preaching from those who feel they have the right to lecture them. The Chinese nation does not carry aggressive or hegemonic traits in its genes. They have never bullied, oppressed, or subjugated the people of any other country, and they never will. But the Chinese people will also never allow any foreign force to bully, oppress, or subjugate them. Anyone who would attempt to do so would find themselves on a collision course with a great wall of steel forged by over 1.4 billion Chinese people. No one should underestimate the great resolve, the strong will, and the extraordinary ability of the Chinese people to defend their national sovereignty and territorial integrity.

There is no second opinion about this, that people are the foundation of the country’s prosperity and contentment, strengthen that foundation, otherwise, no government building no matter how strong it is can stand on a weak foundation for long. These words, this confidence of Xi Jin Ping is the evidence of the fact that he enjoys the complete confidence of his people, and the way people cheered on his comments expresses the notion that the people have complete confidence in their ruler. 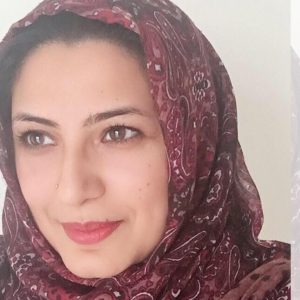 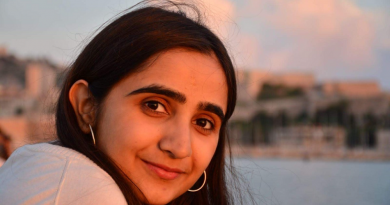 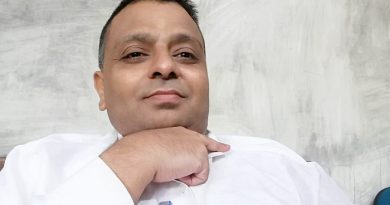