The seeds of governance destruction are hidden in the CSS exam itself. An examination, in which more than 80% of candidates fail in ‘Essay’ and ‘English Précis & Composition’ papers, speaks unambiguously that CSS is just an exam of the English language. As a corollary, it also meant that no other skill, competency or expertise is relevant, except the English language, to be a so-called ‘civil servant’.

An overemphasis on the English language also implies that the solution to all ills of Pakistani society lies in good ‘Essay writing’ and the first-class command over ‘English Précis & Composition’. No wonder that most of the CSS officers stand loyal to this criterion in the whole tenure of their service, and never let any other management tool to infect their virgin minds.

What an irony that if a candidate cannot explain any stupid outdated proverbs like “the child is father of the man”, is considered unfit from the perspective of the CSS exam. It comes as no surprise that crafty fellows having the ability to produce useless works pass the CSS exam in plenty, and then they keep on repeating this mastery in all spheres of ‘public service’ also. Victorian style file notes, mesmerizing briefings, and the destiny changing PowerPoint presentations—all in flawless English—constitute the sole panacea that every CSS officer holds in his/her Zambeel for every national problem.

The CSS exam inducts two types of officers into the civil service. Type first is good in the English language, groomed in social manners, adept in communication skills, belongs to affluent classes, but generally lacks first-hand knowledge of societal problems, and is devoid of genuine empathy for the marginalized ones. The second type possesses first-hand knowledge of social problems and harbors a genuine empathy for the masses by virtue of their origin from the same stratum, but are average in English language, social manners, and communication skills.

The CSS exam is afflicted with another structural flaw also, and that is the selection of candidates with an embryonic propensity of forgoing freedom in lieu of security. Knowledge has a soul of its own, and ideally, it is unexpected of a person of knowledge to forgo his/her freedom in lieu of any low-level capital. Though this flaw applies to all candidates, whether rich or the poor, but in a real post-induction service system, this ‘slavery’ embryo, brings fateful consequences, especially for financially weak officers, by directing them in particular dimensions.

Most of the CSS candidates come with a pretty expanded agenda of desires and aspirations. However, when they realize that job salary is not enough to run the kitchen of the house, let alone paying for utility bills, foreign trips, school fees, and the branded shopping, then these officers start finding alternative means to fulfill their ‘needs’. However, once embarked on this journey of finding ‘alternatives’, then the inverted sky is the limit for these ‘pathfinders’.

During this journey of ‘finding alternatives,’ the external pressures and internal desires catalyze the growth of slavery embryo hitherto lying dormant. Once this ‘slavery embryo’ grows to a consciousness overtaking size then these officers become part of the same mafias against whom they used to write essays in their CSS exam. And selling freedoms in lieu of gains becomes the sole business of such overtaken officers.

Advertently or inadvertently, the CSS exam is producing a progeny of officers who finally result in extending a lease of life to the current exploitative system at national and the international levels both. By placing just one system-level filter in the form of ‘Essay and English Précis & Composition’ 99% population of the country is excluded from the opportunity of participating in governance. If this system-level discrimination as a one piece of the strategy is joined with other pieces like ‘Elite controlled political parties’ and ‘cartels dominated economy’ then the jigsaw puzzle of ‘Pakistan—An Elitist State’ is solved perfectly.

Elites are present in every society and have existed throughout human history also. Samely elites are of various types according to the type of capital they command. Money capital, intellectual capital, social capital, and health capital are the few broad types whose relative concentration vested in any person determines his/her elite status. And more importantly, the composition of elites in any normal society remains dynamic always.

The issue with Pakistani society is the static composition of its elites. Intentionally or unintentionally, all channels of fresh intake coming from the non-elite classes have been choked through system-level filters. And, if by chance, few non-elite folks succeed in making their entry, then the whole system is designed in such a way that either those inter-class immigrants become part of the status quo, or are rendered helpless to attempt any change.

Societies with a static class composition start deteriorating with the passage of time, and the same is being witnessed in Pakistan. In case of societal collapse, all units, whether poor or the affluents would suffer, as when a host body dies then the riding parasites also perish. It’s high time to intervene for system-level corrections lest the system starts its final self-corrective mode which is always beyond human control.

The first and foremost requirement to change the current exploitative system is to bring structural reforms in the CSS exam. The first two papers ‘Essay’ and ‘English Précis and Composition’ must be done away with as not only these are useless, but also acting as a system level filter to perpetuate the bad governance. As a substitute, a new paper with the name of ‘everyday social science’ should be introduced.

‘Everyday social science’ paper would not only serve the purpose of assessing the functional English capacity of candidates but would also equip them with a holistic view of life and the world. This holistic panorama would save these officers from adopting a reductionist problem-solving approach in their respective domains of public policy. In this regard, a compendium of O-level sociology, psychology, ecology, geography, economics, political science, and jurisprudence should be developed to serve as a reference book.

A joke has been made by introducing a ragtag amalgam called ‘everyday science’, which does not serve any purpose except rote learning. The syllabus of ‘everyday science’ should be of such nature, depth, and quantity that it may introduce the candidates to the spirit of science. Fundamentals of physics, chemistry, and biology of the O-level standard should constitute the syllabus. Additionally, basic concepts of statistics and mathematics like distribution, differentiation, and integration must be part of the syllabus.

The CSS exam should be conducted in two phases: the first phase should include only compulsory subjects, and candidates who pass this phase should be allowed to sit in the second phase (elective phase) wherein examination of elective subjects is conducted. Compulsory subjects of CSS should be made part of every job exam whether at the federal level or at the provincial level. Last but not the least, inducted military officers must undergo a compulsory part of the CSS exam and be placed accordingly.

The CSS interview is another gray area where a lot of discrimination and anomalies are found to happen. An interview consisting of 300 marks invests a huge discretionary power in the hands of the interviewing panel, which is against the principles of assessment science when a written exam is also being held. Hence interview marks should be reduced to their current half viz. 150 marks and the interview panel should focus more on suitability assessment. Shakir Ahmad Shahid, PSP, PhD
Dr. Shakir Ahmad Shahid, P.S.P, Ph.D, is a Postdoc Fulbright Alumnus in Forensic Science and Criminology, who has served in various fields like Policing, Investigation, Intelligence and Counterterrorism (CT) at policy and operational levels as a senior Police Officer and the Director (CT). Dr Shahid holds the degree of Doctor of Philosophy in Chemistry, along with research publications in the fields of bio-materials, bio-energy, and forensic spectroscopy. In addition to the degrees of Master in Psychology, M.Sc Chemistry, L.L.B, B.Sc (Biology), he is a Ph.D research scholar in Criminology, and a passionate researcher in theoretics of complex systems, negentropes, socionics, dissociation, suicide, homicide, social behavior re-engineering, sustainable national narrative, policing the hybrid societies, intelligence, deviance and corruption in transitioning clusters, circular governance, sustainable national security, electromagnetic spectrum, and management of forensic evidence. He can be reached at [email protected]; drshakirahmad.medium.com; www.drshakirahmad.com

Dr. Shakir Ahmad Shahid, P.S.P, Ph.D, is a Postdoc Fulbright Alumnus in Forensic Science and Criminology, who has served in various fields like Policing, Investigation, Intelligence and Counterterrorism (CT) at policy and operational levels as a senior Police Officer and the Director (CT). Dr Shahid holds the degree of Doctor of Philosophy in Chemistry, along with research publications in the fields of bio-materials, bio-energy, and forensic spectroscopy. In addition to the degrees of Master in Psychology, M.Sc Chemistry, L.L.B, B.Sc (Biology), he is a Ph.D research scholar in Criminology, and a passionate researcher in theoretics of complex systems, negentropes, socionics, dissociation, suicide, homicide, social behavior re-engineering, sustainable national narrative, policing the hybrid societies, intelligence, deviance and corruption in transitioning clusters, circular governance, sustainable national security, electromagnetic spectrum, and management of forensic evidence. He can be reached at [email protected]; drshakirahmad.medium.com; www.drshakirahmad.com 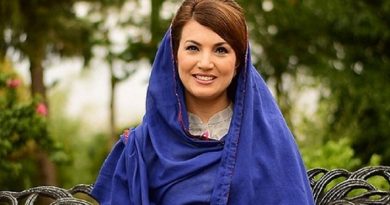