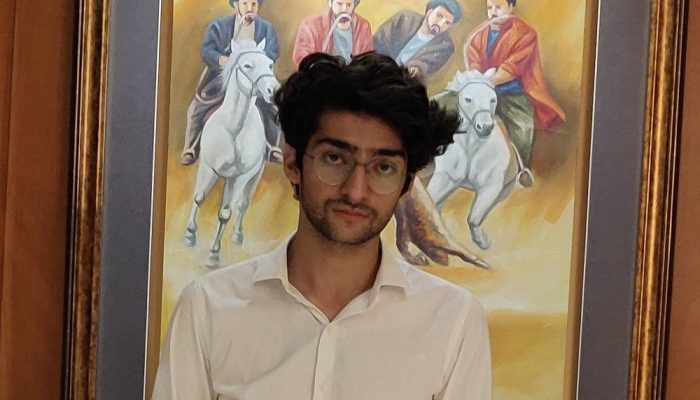 Making for monotonous viewing, scores of citizens get about their mundane routines. They do so thankfully. Yet, beneath this stagnant equilibrium lies a sheathed perplexity of the inner kind: a pandemonium akin to turmoil. The land we so earnestly recognise as the fruit of our ancestors’ labour and the root of our identity is now being put aside, hesitantly, in a bid towards pastures anew.

But allow me to make a qualification at the very outset, not everyone has the luxury to be floundering in this conundrum: the rich are too blessed to care, and the poor have the far more important task of slaving for their survival. These classes aside, a residual category of people are struck by a plague of sorts.

Our subjects are decently endowed beings, for the most part, who are by no means in particular need of much more. Yet they find themselves leashed at the behest of a glass ceiling. They recognise the fact that while they may make a decent living, there is nothing in their homeland similar to the ‘American Dream’ that would equitably give form to their efforts. A rigid status quo is in order, and the oligarchy has no intent in letting go of the wheel. The banal ‘merit prevails’ is the light at the end of a tunnel one lightyear too far; not everyone is strong-willed to the point where they can soldier away from a good part of their life. States beyond our borders are somehow willing to give these alienated beings a ladder with solid rungs to climb, along with the opportunity at a better quality of life.

And yet, despite that, the actual numbers depict a situation far from what may be termed a mass exodus. The reason so attributable to this may be painstakingly chalked off in the books of those not being able to make the decision to leave for good. The considerations for not doing so will be obvious to anyone with a faint acquaintance of the loved one holds for his motherland. That a person may not want to leave the place with which he is very much a part of seems like a plausible rationale. Thus, the proposition that one may even deliberate upon whether to give up on his family, friends, and start a new life elsewhere seems absurd. After all, what is to be gained in giving up- of hours late into the night amidst friends with a cup of chai in hand, of cheering fanatically for the men in green, of pakoray comes the rain- all that we are the beneficiaries of?

And that, I’m afraid, is as far as our fondness goes. What pushes these happy souls on the train of thought to Jump-Ship is a much graver affair than I care to admit; an affair that the oblivious soul would never be able to discern from a glance into our construct of a paradise. The aforementioned lack of reciprocity between progress and effort is not the only reason. A lack of property rights in practice and enforcement (in the law, it’s all there) will be evident every single time someone considering a venture is told that he won’t get far without some sort of political clout to back him up. This power and the convenience it entails has sadly triggered a cycle of people wanting in and having a taste for themselves. Beyond that, there are similarly grim affairs. That we have to face the likes of intolerance and the lack of empathy is an issue I do not have to, and nor do I propose to, get into. A piece of advice that my father gave me and one that has stuck ever since is to always consider matters in the shoes of others too. Tourists from lands afar may commend our hospitality and warmth, but all that somehow wanes drastically amongst each other.

This conflict of the self with his society eventually comes to a tipping point, for one can only shrug so much under the carpet. The men who do, miraculously, take all this head-on and still choose to commit themselves to the fabric of their nation are exemplary beings, but the exemplary being is not the average citizen. Those who do not, and walk away from this enshrouding dilemma, are still not in the clear. Not all of those who fall in line had somehow pulled the trigger, will necessarily getaway. For some, financial means may be an impediment. For others, stringent visa or language requirements may be the dealing factor. And the list goes on, the point being: only a select few will be beholders of a will well* executed.

The rest stay behind, and these men are the majority. No state, however hospitable would reasonably allow an inordinate amount of discontented souls, but that doesn’t necessarily leave us with an unsolvable equation on our hand. The change has to come from within. And while many here may well question the patriotism or mala fide intent with regards to being a ‘ghaddar’ of these conflicted souls, the depths bespeaks of a much more grave landscape; a nuance that we would do well to understand. These territorial confines and all they house have the potential for so much more, and it is high time we rode those waves. 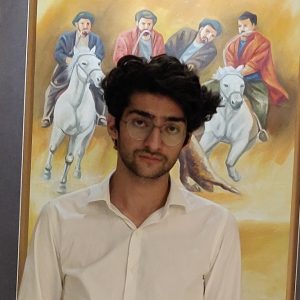