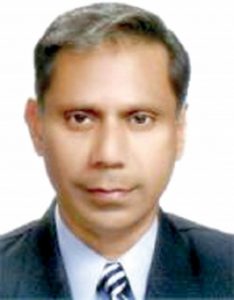 The independence of Pakistan and India has been fairly well chronicled, both with accuracy and biases. For instance, the renowned book Freedom at Midnight (1975) authored by Larry Collins and Dominique LaPierre, famous historians/writers, for a major part, revolves around the incidents that took place from the time Lord Mountbatten reluctantly accepted his posting as the last Governor General of India till Mahatma Gandhi’s assassination.

It records the end of the British Raj—the end of the Empire on the subcontinent—the handing over of the “Jewel in the Crown” and the embodiment of the freedom movement, which started long years before Mohandas Gandhi. Told in a series of vignettes, the book jumps back and forth throughout the long account of Britain’s adventure and involvement in India, but the authors have heavily leaned on narratives of Lord Mountbatten, the last Indian Viceroy and a close friend of Jawaharlal Nehru, Jinnah’s nemesis and according to the Beaumont Papers, he swayed Cyril Radcliff in shifting the final Pak-India boundary to India’s advantage like reassigning Gurdaspur to it, providing ground access to Kashmir.

In 1947, Christopher Beaumont was private secretary to the senior British judge, Sir Cyril Radcliffe, chairman of the Indo-Pakistan Boundary Commission; Beaumont Papers were made public in 1992.

Midnight’s Children is another volume on Pak-India Independence, authored by Salman Rushdie (of Satanic Verses fame), which also deals with India’s transition from British colonialism to independence, leading to the partition of 1947. Narrated in Rushdie’s inimitable style, it is told by a mythical character Saleem Sinai, born at the stroke of midnight August 14/15, 1947, i.e. sharing birthdays with Pakistan and India. The novel, which was awarded both the Booker Prize and the James Tait Black Memorial Prize in 1981, now turned into a movie by Deepa Mehta, is set in the context of actual historical events interspersed with historical fiction.

Irrespective of narratives, seventy four years later, even a neutral observer can take cognizance of the deep divide that led to the creation of both states. Jinnah envisaged a separate homeland for Muslims, based on bonhomie and camaraderie, which would lead both nations to achieve their potential while India aspired for freedom from British slavery.

Regrettably, born of the same womb, separated at birth, India and Pakistan have clashed on numerous occasions since independence and been on the threshold of war many times. Ever since the two acquired nuclear weapons, the world has held its breath lest the duo get embroiled in a conflict which may turn into a holocaust. The irony is that despite sharing a language, culture and history, the two have been locked over military-security concerns for decades, much to the detriment of their populace, since the billions of dollars expended on arms and weapons could have alternate uses like development of infrastructure, education, health and other basic amenities.

The very basis of independence has been contested by various writers and thinkers. Mahatma Gandhi opposed the creation of Pakistan, which is chronicled by D.G. Tendulkar, in his book Life of Mohandas Karamchand Gandhi quoting from his argument presented after the adoption of the Lahore Resolution: “The ‘two-nation’ theory is an untruth. The vast majority of Muslims in India are converts to Islam or are descendants of converts. They did not become a separate nation, as soon as they became converts….”

We the students of Pakistan’s history like to believe that Jinnah had the prescience to foresee the predicament of Muslims in undivided India thus he renewed his efforts for independence for the Muslims of the Sub-Continent, although in his epoch making speech to the Constituent Assembly on 11 August 1947, Jinnah declared that people of all religious creeds and faith were welcome to inhabit Pakistan, yet partition riots on both sides of the divide took a heavy toll of lives.

Maulana Abul Kalam Azad, a Muslim leader of the Congress, in April 1946, during an interview to renowned journalist Shorish Kashmiri, had predicted that religious conflict would tear apart Pakistan and its eastern half would carve out its own future. He even predicted that Pakistan’s incompetent rulers might pave the way for military rule. He opined that Muslims of the Indian Subcontinent are a minority but to maintain their collective strength and safeguarding their rights, they should not divide India.

Unfortunately, most of his forecasts came true. The Muslims in India remain downtrodden but the plight of Pakistan is no better. In 1971, East Pakistan was wrested free and became Bangladesh. Military rule has plagued Pakistan for most of its existence, while corruption, bad governance, ethnic and sectarian strife have wreaked havoc in Pakistan.

India’s strength has been its adherence to the principles of democracy and a string of rulers, who have guided its economy towards a path of relative prosperity. India’s teeming millions still starve but it presents the dazzling opportunity for a vast market to the international community, after earning their respect and being recognized as a nuclear power; it vies for a permanent seat in the UN Security Council and further enhance its stature. Pakistan on the other hand, having been deprived of the able guidance of both Jinnah and Liaquat Ali Khan in its infancy, has faced various catastrophes.

Pakistan can still come out of the quagmire it is steeped in by focusing on the growth of its economy and indulging in trade and commerce with its neighbours on an equal footing. The progress of ASEAN, SCO and EU should serve as examples for emulation where neighbours share the strengths and opportunities of each other, sinking differences and bringing prosperity to all. 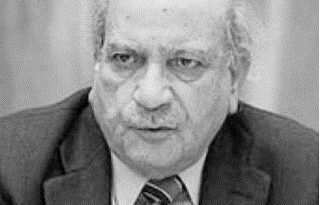 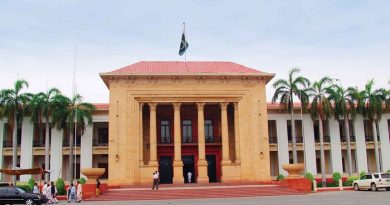