Khaled Hosseini, a famous Afghani novelist, migrated to the United States of America in 1980 after the invasion of the Soviet Union. Why did Soviets invade Afghanistan? The question has been unanswered till now. There are a lot of conspiracy theories. Some say this invasion was due to security threats to the Soviet Union. While, others, especially Pakistani defense analysts, used to say that they invaded Afghanistan because they wanted to access the Gwadar port (hot waters). Whatever the reason was, this invasion brought intolerance, hunger, dread, death to Afghani people. Thousands of people who had money or high connections fled to other developed countries like Europe or the USA.

Hosseini was fifteen when he migrated. By profession, he is a general physician. But, when he wrote his best-seller novel, The Kite Runner, he decided to quit his field to write full time. And, he wrote another best-seller, A Thousand Splendid Suns. A novel about hardships, misfortune, and mischief of an Afghani woman, Mariam. Mariam was an illegitimate daughter. Her father, Jalil Khan, was a well-known businessman of Herat, a western city of Afghanistan. He owned cinemas, shoe shops, and gardens of different fruits. Her mother, Nana, was a servant in Jalil’s house. When her belly began to swell slowly, his other three wives figured out that their husband was the reason for her swollen belly. So, they pressured him to kick her off the house as soon as possible.

Jalil was reluctant to do so. Eventually, they decided to make a room outside the city, uphill. Nana was helpless to live in that single room alone. She wondered they sinned collectively, but why only she had to pay the price. Just because she was a woman, is it the fate of every woman of all the societies to pay the debt? Why only women? Jalil’s servants or legitimate sons fulfilled their duty to deliver ration to Nana every month. Days, weeks, and even months passed when Mariam was born. Nana gave her birth alone, no hospital, no doctor, no medicines. After some weeks, Jalil visited a single room to see his illegitimate daughter. His heart was not soft enough to bring them a house, but he decided to visit them every week.

Nana became a psycho patient. She always scolded Mariam, called her Harami (illegitimate daughter). But, Mariam wasn’t old enough to understand the word, Harami. Mariam was very fond of his father. She always waited for his visits that made Nana jealous. Nana told her every day that men are not worthy of being trusted. They leave women in the well of trouble and walk away as just nothing happened. She taught her a lesson, like a compass needle that points north, a man’s accusing finger always finds a woman. Stop here for a moment, and we need to look at this lesson from a Pakistani perspective.

Noor Muqaddam’s murder case is not old enough. Most of the men on social media argued that Noor was the only person to be blamed. Why did she go with his friend? Why didn’t she inform his parents? When you go against society’s customs, you must bear the consequences. Noor was an easy target for accusations. A woman was raped on the motorway. Even police officers said that the why did she travel at night? And why she chose the motorway to reach her destination. In the twenty-first century, these types of arguments, are we living in the twenty-first century? We need to take measures to stop unethical behavior to blame victims. Now, again, we continue Mariam’s story.

Mariam spent the early fifteen years of her life in that single room without electricity, a toilet, and schooling. However, his father hired a tutor to teach her Quran, which he came to teach her every day. One day, when the sun was moving towards the west, Mariam visited his father’s house. She came to Herat and asked the address of Jalil Khan from a driver, who guided her to his house. At the gate, the security guard stopped her. When she told she was the daughter of Jalil and wanted to meet his father, the security guard went inside the house and came back after some time. He said your father is out of the city, and we are not confirmed when he will come back, so go home to your mother, and Jalil will come to visit you soon.

Mariam refused to go back, and the guard refused to let her in. She spent the whole night outside of the house in the cold. The guard forcefully took her back to her mother the following day, but Nana was hanging to a tree. She committed suicide. Jalil came to the funeral ceremony and took Mariam to his house. Mariam didn’t stay many days in his home due to his other wives. They, again, forced him to make marriage arrangements for Mariam. Within days, Mariam was forcefully married to a man, who had age three times more than Mariam. Mariam’s husband was from Kabul, and she left his father’s house forever and went to Kabul with her husband.

Her husband, Rasheed, was a famous shoemaker in Kabul. He was a male chauvinist who always crushed Mariam. Sometimes, he abused her every day, even beating her after days. He ordered her not to go outside of the home without his veil. Her life from one room of Herat to Kabul didn’t change at all. It was looking like God had written all the mischiefs in her fate. Her first baby died. There was more curse on her after that. Rasheed didn’t talk to her for days and even weeks. He began to sleep in a separate room. Mariam didn’t have any other option but to bear all the hardships with patience. She did. Even when Rasheed married another girl, her second wife, Laila, was a young girl who gave birth to a baby girl.

Rasheed used to beat Laila because she was the reason to produce a girl. Mariam and Laila were helpless before him. They were unable to complain against him. Most of the women of Afghanistan at that time were facing the rage of their husbands, brothers, or fathers. There was no one to whom they could have complained. Out there, mujahedin were fighting each other and killing hundreds of people daily. In the end, the Taliban succeeded in holding control of Kabul. Women began to think there would be some joy in their life. At least, war is ended. But they didn’t know they were facing a little stream, and now, they had to face the river. 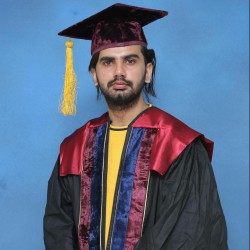 Department of Criminology UoS: Its Progression and Challenges