The picture of a Chinese engineer standing on the hood of a police vehicle, Pakistani flag painted on its nearside mud guard, well placed in the shot, giving appearance of the symbol of Pakistani Integrity being humiliated under Chinese boots.

China has a long coast line of 14,500 km, along its eastern and southern border, surrounded by East China Sea and South China Sea, further connected to Pacific and its trade routes to the US. Through south China sea, Chinese ships can sail to the Indian Ocean, connecting her with Middle East and rest of the world. So why the need to invest millions of dollars in a port in the troubled southern coastline of Pakistan. Most commonly known explanation is that it provides a shorter route to the Indian ocean, but if you look deeper, things may not be that simple.

China’s attempts to access Pacific has landed her in hot waters with her neighbours. When we cross the East China Sea, Dong Hai, there lies a problem in the form of an island, shaped like Japan. To get to the Pacific Ocean, ships first go northwards to cross the La Pérouse Strait between the Russian island Sakhalin and Japanese island Hokkaidō. This means Chinese ships have to sail through Russian and Japanese territorial waters. China is in dispute with Japan, over a chain of islands, reefs and ridges, the most significant of them is what Japanese call Senkaku, and is called Diaoyudao in Chinese. On ground the dispute goes far beyond mere nomenclature. Further south, if Chinese ships make a straight dash for Pacific from East China Sea, they come across Okinawa, which has a huge American military base under the flag of United States Pacific Command. Whatever land was not used by Americans, has been filled by Japanese shore to ship missiles, making sure there are more rockets on that piece of land, then there are men. South of Okinawa is Taiwan, separating East China Sea from South China Sea. China claims Taiwan as a province but Taiwan identifies as an American ally, under the Taiwan relations act of 1979 and has been armed to the teeth with US sponsored forces and Navy. The aim of China’s recent investment in Naval forces is to weaken American resolve, to come to Taiwan’s aid, when the day comes.

As we move south there is the all important South China Sea, which is China’s westward trade link, to the oil producing middle eastern states through the Indian Ocean. Beijing has drawn a U shaped nine dash line, claiming territorial rights over South China Sea and more than 200 islands and reefs in it. This has not only poisoned China’s relationship with surrounding countries namely Philippines, Vietnam and Indonesia, but earlier this century, smelling blood, Washington jumped into this dispute, more than six thousand miles from its mainland, pressing for America’s right of freedom of navigation in Asia’s maritime commons and respect for international law in South China Sea.

Waterway to middle east then crosses the South China Sea, ships either pass next to Vietnam or Philippines, then through the strait of Malacca, between Indonesia and Malaysia. Strait is 550 miles long but at its narrowest, just 2 miles wide. In addition to disputes with China, these states are diplomatically, militarily and economically linked to the United States, which makes this a potential choking point, controlled by the US. Of all the trade links, this is perhaps the most crucial, as China’s mass production house is dependent on a continuous supply of fuel, vital for her economy and to keep her huge population fed.

While all of these trade routes remain available to China in peacetime, a great nation aspiring to be world super power, always plans for times when tides do not remain favourable. In 2013, President of People’s Republic of China, Xi Jinping, unveiled the grand One Belt One Road initiative, aimed to link land based economic silk route with Maritime Silk route and it’s flagship project is China-Pakistan Economic Corridor CPEC.

Gwadar’s potential as a deep water sea port has been known for more than half a century but development of the sea port only started in 2002. Phase 1 of port cost 250 million dollars and was inaugurated in 2007. Phase 2 development is now continuing under CPEC, increasing the capacity of the port more than three times the original project, tripling the number of berths from 4 to 13. This officially became operational in Nov 2016, inaugurated by then PM Mr Muhammad Nawaz Sharif. Project will cost 1.62 billion dollars. It also includes Gwadar Special Economic Zone, modelled on Special economic zones of China, is a 2,282 acre free trade area, expected to employ 40,000 people, with possibility of further expansion. China has acquired this on a 40 year lease, and it’s being managed by the Chinese overseas port holding company. Question is why is China investing so much money and effort in development of Gwadar while it has its own warm water ports along the east, south and south west coast.

It is clear to see where the opposition against the project will come from. The same powers that have so far managed to control Chinese trade movements. Logical step for them would be to destabilise Balochistan, and fuel enough unrest and uprising in the region, to threaten any ongoing project. Seen in light of geo-politics, American influence in Afghanistan becomes all the more important. No denying there are other factors in Balochistan that need to be addressed, but as an attempt to halt this project, it would not be surprising if we see an increasing unrest in the region in future.

China has good diplomatic and economic relations with Pakistan and has also remained in good books of masses. The recent incidence involving Chinese engineers and Punjab police, has sparked a new discussion. The behaviour of the foreign worker towards law enforcement personnel is inappropriate and should be condemned.

Although news is that issue has been resolved with Engineers having apologised to the police, we should be careful before jumping to conclusions. No one is under any delusion that CPEC is primarily meant to help Pakistan, we and especially China knows, it is just a by product (a good one at it). With increased Chinese involvement in Pakistan, more incidents here and there may be reported, some fabricated, some exaggerated, aim would be to create an environment where Chinese presence will be perceived as a threat to Pakistan’s national integrity. This plan has high chances of success in a society still getting accustomed to social media and is easily vulnerable to propaganda. It is now up to us whether we support the existing uni-polar world or we want to support and play our role in restoration of balance. 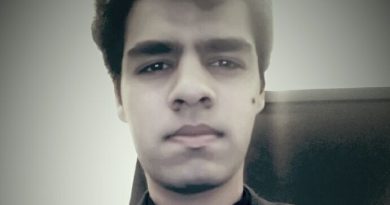 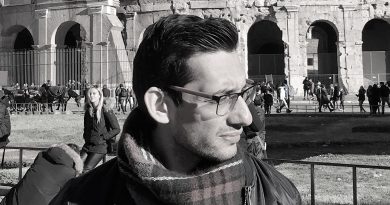