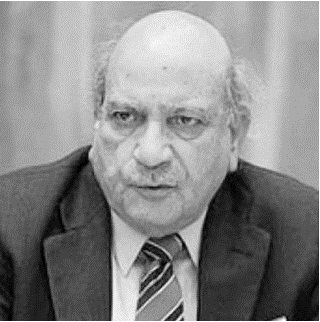 THE second elected government to complete its term in the era of civilian supremacy bows out today. All political groups, the administration and services, and conscious citizens should help the caretaker governments at the centre and in the provinces to complete the transition to a new representative dispensation in accordance with the best traditions of democracy and fair play.

Regardless of how the ruling and opposition parties found their way to agreement on heads of caretaker governments at the centre, the fact that they could do so confirms the soundness of the system. It is also a good omen for progress towards democratic consolidation. Till the time of writing, a jarring note was struck with the withdrawal of the consensus nominees as caretaker chief minister of Khyber Pakhtunkhwa and Punjab, and the failure of the ruling and opposition parties of Sindh and Balochistan to name caretaker chief ministers. This only shows that the political actors involved need to go through a crash course in democratic decision-making.

Why do political parties haggle intensively over selection of caretakers? Quite obviously each party in contention believes that any caretaker who is its rival party’s friend could harm its electoral prospects and it also wishes the interim set-up to be headed by its own favourite so that it can gain an advantage in elections. Like the whole idea of having caretaker regimes to oversee general elections, the squabble over the choice of caretakers is a hazard of democratic underdevelopment. One should like to hope that the present caretakers and their successors in the years to come will strengthen the traditions of democratic and non-partisan conduct and we will start having confidence in any elected government’s ability to hold free and fair elections, however remote from reality this ideal may appear today.

The debate on the caretakers’ mandate has not concluded. Opinion is divided on allowing them power to bring about radical changes in state policies or to carry out urgently needed reform the regular governments could not implement for want of will or wherewithal. While there is much to be said for restraining the caretakers from encroaching upon the jurisdiction of elected representatives, there should be a discussion on the ways of benefiting from the experience of caretaker governments. Their suggestions for better governance may even come in the form of ordinances that may or may not be ratified by the post-election government.

That the foremost duty of the caretakers is to ensure the holding of free, fair, peaceful and democratic elections goes without saying. Their main task in this area is to help the autonomous Election Commission of Pakistan discharge its constitutional obligations with as little friction as possible. The ECP must have the support of the administration that it needs but no state service must be allowed to interfere with the electoral process before the polling, during the polling, and after polling has ended.

While the debate on the steps the caretakers should take to guarantee a fair determination of the electorate’s will is open, two matters that deserve to be given priority may be mentioned straightaway. First, a discourse on democratic imperatives should be allowed. Regardless of their background, the caretakers must not forget that a general election is a political process and it ought to be respected as such. Not only political parties but civil society organisations too, regardless of the biases against them in certain quarters, should be allowed to promote good electoral practices.

Second, notwithstanding the limitations to their authority the caretakers represent continuity of the state’s executive arm and they cannot be expected to allow what is illegal, or to prevent anyone from doing what is legal. Implementation of the National Action Plan against terrorism, for example, cannot be ignored, nor can it be allowed to slow down. Likewise the wave of discrimination against religious or ethnic minorities or unlawful actions against them cannot be permitted to get stronger.

One instance of a new campaign against religious minorities is the scheme of asking Muslim and non-Muslim state employees to file affidavits regarding their belief.

These affidavits are believed to have been designed in the light of an observation made by the Islamabad High Court in a case related to the Faizabad dharna. Has that observation become obiter dicta that nobody can seek clarification about? Has the federal government sanctioned identification of state employees’ belief?

True, the identification of non-Muslims by their faith is necessary when they are recruited against the quota fixed for non-Muslims but that is a confidential sharing of information between a jobseeker and the employing authority. Once a non-Muslim joins service he is a state employee no matter what his belief is.

Ever since the Islamabad High Court made its observation much has been said about the dangerous implications of citizens’ religious profiling. That the members of minority communities become more vulnerable than before cannot be denied. The most distressing part of the affair is that religious profiling generates an endless cycle of minorities’ persecution. History offers us many horrible examples of segregation that intolerant majorities impose on their minorities, including ghettoisation and obligation to wear branded clothes in public.

There can be no two opinions on the increase in the level of intolerance in Pakistan that is being extolled in the name of Islam’s glory. That the vandalisation of a house in Sialkot that is venerated by the Ahmadi community took place only the other day ie 44 years after the community was put outside the pale of Islam, proves the point. As for the declaration of faith by Muslims the exercise is totally unnecessary. Indeed, a good case can be made for removing the reference to religion from the passport.

This increase in intolerance and rejection of the pluralist beauty of Pakistan society will be an unwelcome factor in electoral contests that the caretakers will have to address. The protection of the political rights of religious minorities along with the rights of women should be high on the caretakers’ agenda.

Latest posts by I. A. Rehman (see all) 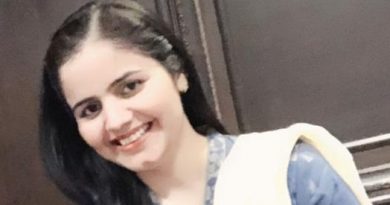 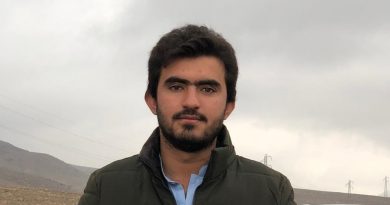