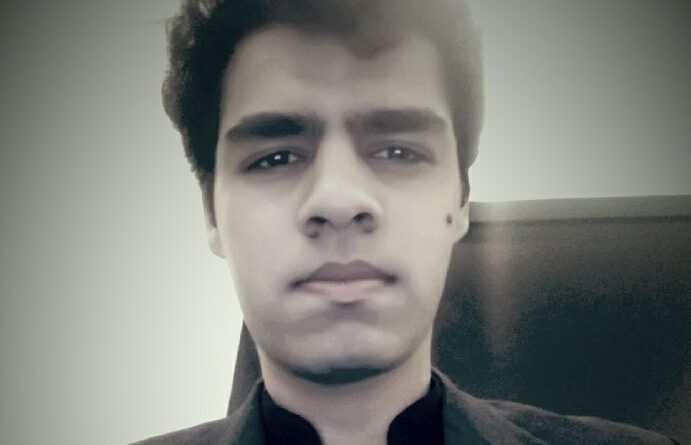 I’ve always wondered what the Great Russian author Vladimir Nabokov meant when he said: “In a democracy, portraits of a nation’s leader should never exceed the size of a postage stamp.” However, as more sand slips down the hourglass, his words make all the more sense to me.

The raging cacophony of adversarial politics has hardly ever seen any inconsistency in the 70 year old history of the nation. And as we enter the election season once again, the campaigning extravaganza has unsurprisingly taken a toll. What is even more unsurprising though, is the evident obsession of most voters, with singular personalities. Many claim this accentuation to be an arch nemesis to democracy.

Now before we move on, it is necessary to clarify that, given democracy sustains in the country, comparing Pakistani populist politics to fascism or even making claims of the inevitable ushering of authoritarianism would be naïve. Thus, this article simply aims to highlight the neglected detriments of our excessive obsession with singular personalities or of, what I would allow myself the liberty to call, “one man politics.”

The pre-partition subcontinent in general and the post partition one in particular, has witnessed numerous figures who have managed to polarize the public at their whim. Be it Bhutto’s fiery speeches or Mujib Ur Rahman’s white Cadillac, people have attracted towards them as bees to a beehive. However, making idols inevitably leads to their worship. This worship is not simply detrimental because it arrogates absolute power to a few which runs the risk of moral corruption but also because votes start acting as tokens of admiration rather than the expression of our needs. The essence of a vote, which is to elect a citizen from amongst us who best represents our needs has transformed into finding and voting for a Clark Kent who has descended from Krypton. Standing at a point whence the scintillating charisma often blinds our critical faculties bereaving us of examining whether the party’s policies cater to our needs, we become spectators to a performance and our votes- mere applause. In simultaneity to pervasive “one man politics”, prevalent issues and their proposed policies are also consistently undermined by being used to merely complement an individual’s rhetoric and charm. The subjects of policy making mentioned in campaign speeches have been reduced to a handful which too are never thoroughly analysed. Education, healthcare, and corruption dominate the political discourse while a backseat is given to equally (if not more) attention worthy subjects like minority rights, freedom of expression, child labour and gender discrimination, to name a few. What is even more unfortunate is how even the discussed subjects’ policies entail a less analytical and a more apparent approach. Solutions to problems comprise radical physical solutions. Existing hospitals are inefficient? We’ll make new ones. The education system is flawed? We’ll make new schools.  Corruption is on the rise? We’ll elect new heads of accountability institutions. Pakistan is in trouble? We’ll make a new one! The question everyone is too blind to ask is a simple one: Why not improve the existent ones? And the answer too is simple. If these leaders start talking about improving structures previous governments left behind, from where will their rhetoric of true and radical change emerge? How will they convince voters to vote for them in contrast to a candidate who has made new schools, new hospitals and can perform push-ups despite being a sexagenarian? Another major flaw with such a scenario where only party leaders are the determinants of our votes is the utter neglect of the competence of other specific candidates standing from specific constituencies. Going into the booth, looking for a certain emblem on the ballot paper, and voting for it simply because you are mesmerized by the party’s leader is definitely your right but is it an informed one? A prevalence of “one-man politics” has also dented the foundations of a representative democracy. Being unaware or negligent of the fact that it is the candidate in a constituency responsible for voicing your concerns in the Parliament might adversely affect yours and your constituency’s conditions for the next five years.

Awareness of the locality’s issues, the ability to lobby for a bill in the Parliament, or, in Pakistan, at least a general sense of concern for the voters of the constituency comprises the competence of a candidate. Not only is this notion of competence rather undeveloped in our political discourse but even when votes are given based on specific candidates, it is based on the caste, class, or family the candidate belongs to. This again, is a manifestation, albeit less detrimental in terms of propensity, of our obsession with a singular personality rather than with their work.

It would be disingenuous, however, if the impact of fluctuations in the political scenario on these cults of personalities are not accounted for. Questions like how does the passing away of a leader or their involuntarily stepping down affect our obsessions with them helps us study this phenomenon outside a vacuum.

Being a recent example of such an involuntary step down, Nawaz Sharif’s disqualification has shown a subtle yet evident change in the fabric of the party. Members of the party recently terming the ex-Prime Minister as the Party’s Quaid for life might seem to be a reaffirmation of his control but the simple fact that there exists a need to re-acknowledge him as a leader indicates a clear blow to his power. Even more interestingly, though, we see how other party leaders from PML-N have become more prominent in the process of defending their party, with one of them even assuming the role of the Prime Minister.

On the other end of the spectrum, PPP is a prime example of what one might call ‘posthumous one man politics’. Slogans that claim their leader to be alive not only show the veneration they hold for him but also his impact on contemporary party politics. Votes are often given and demanded on the basis of his legacy taking focus away from more recent issues of debate that the deceased leader himself would have preferred to address. The current chairman of the party, consistently alluding to his grandfather Zulfikar Ali Bhutto’s reforms, as an attempt to revive the party in areas such as South Punjab, serves as a prime example of “one man politics”.

Charm, personality and charisma are key traits that lead a party to victory, however, it is their inflation that seems to take away from the representative nature of a democracy, the informed essence of a vote, and the attention given to pressing issues in society. It seems to me that we all need to constantly critique, question and remind ourselves of the bases of our choices. And maybe pen letters to our future selves to open them a day before Election Day  where even if what entails does not remind us why to vote for those we’ve decided to, at least the portraits on postage stamps peacefully resting on the envelopes do.